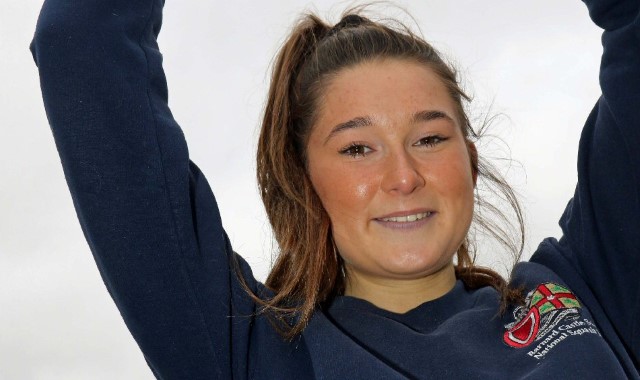 A SCHOOLGIRL netball player is to gain her first international cap as teams vie for honours at the European championships.

Barnard Castle School student Carla McKnight has been selected to play goal and wing attack for Scotland at the International Netball Federation European Championships, from March 1 to 3, in Huddersfield.

The Year 11 pupil was born in England but qualifies for Scotland as her parents are from north of the border.

She will meet up on the court with former team and schoolmate Ella Bowen who will compete in the same U17s competition – but for England.

Netball continues to be the fastest growing women’s sport in the country. Carla, of Lartington, has been playing for the past eight years and enjoyed considerable success at regional level and for her club Oakways Hartlepool.

“I am really excited to be selected for Scotland and my family is delighted,” the 16-year-old said. “This could be an important pathway to Strathclyde Sirens, one of the best sides in the country, who play in the Super League.”

Barnard Castle School’s master in charge of Netball Tanya Broadbent said: “Carla is a very talented goal shooter who will now be playing at the highest level. We are thrilled that she has been selected.

“Her sporting potential was clear from an early age and she excels in netball, hockey and athletics. She has worked so hard and we wish her all the luck at the Europeans.”

The drive to increase the profile of sport at school has been taken on by head of PE and games Rachael Masterman, herself a premier division netballer with Stockton, South Durham and Cleveland.

She said: “Carla’s success is typical of what we are trying to achieve with sport at Barnard Castle School. The benefits of sport are limitless both physically, mentally and in stimulating academic achievement. Our aim is to engage students in as many sports as possible, whether that is rugby, badminton, athletics, hockey, swimming, rounders or tennis.

“There are so many benefits to their health and wellbeing, boosting self-esteem and aspirations, encouraging team work, camaraderie and good communications. There is no better role model than a pupil who is competing at this level of competition.”