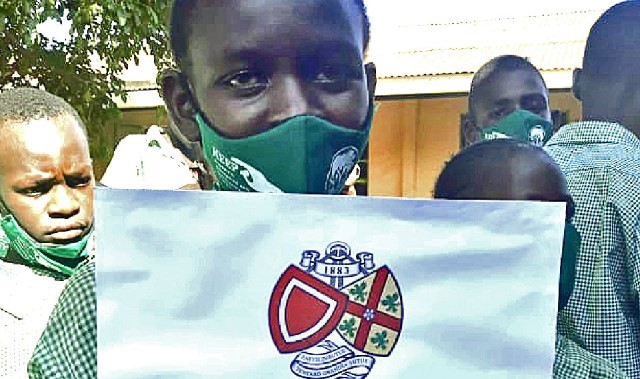 HUNDREDS of children in Africa have been able to return to school thanks to the efforts of kind-hearted students who more than trebled their target in a charity venture to remember.

Barnard Castle School pupils set themselves a £2,000 goal to help two schools in Kenya buy the protective masks and handwashing stations they needed to be allowed to return to the classroom.

But in a storm of inter-house rivalry they went on to raise more than £6,000, enough to help up to eight schools and hundreds of children.

Year 7 to 13 Barney students organised a host of events in an initiative co-ordinated by the school’s charity committee and Rotary Interact Club.

The original plan was to help St Anthony's School for the Deaf, Bungoma County, and Nalondo CBM Special National Secondary School for the Physically Handicapped. But the  windfall means help can now be extended to neighbouring schools.

Masks and hands-free washing stations are being made in the area to regulation standard and the project has therefore boosted the local economy.

Students at Barnard Castle School adopted the Kipsaina Education and Environment Partnership (KEEP) as its charity after it was founded by biology teacher Sam Forsyth, Old Barnardian Rubel Quader and Mary Charrington, the mother of former head boy Calum Matthews.

Mr Forsyth has been working with Kenyan community conservationist Maurice Wanjala for many years and has taken Barney students out there to help build a school and organise clean water.

“The crucial benefit of helping these schools is that they have a key role to play in community conservation and the preservation of local wetlands,” said Mr Forsyth. “By helping them with PPE and allowing them to return to school we have also been able to sell the benefits of being involved in conservation.

“I was taken aback by our students’ response and we exceeded the target very quickly. Maurice was over the moon and is managing to squeeze every penny out of the money students raised. The hand-washing stations will be a long-term investment in the schools that will impact way beyond COVID.”