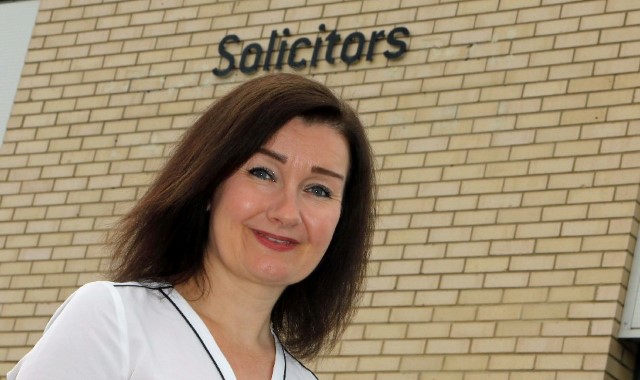 A SOLICITOR and trustee of a brain tumour charity is rising to the challenges after taking up a new role with a leading legal firm.

Claire Truscott has joined BHP Law to develop residential conveyancing in its Tynemouth office, alongside being a trustee of The Three Tumours charity.

Her husband launched the charity with others after being diagnosed with an incurable brain tumour in 2012. Currently in remission, he and Claire work with other people with the same condition to raise awareness and money for research.

“It was a bombshell but he is amazing,” said Claire, who is Sunderland born and bred and trained in the city after graduating from Northumbria University.

“When you are given a diagnosis like this you don’t know where to start. We found that once you leave hospital there isn’t a lot of support out there.

“Because brain tumours don’t tend to be curable not as much money goes into research. So we try to raise funds and awareness, organising a monthly support meeting, offering advice on accessing benefits and paying for counselling.

“We walked from Tynemouth to Whitley Bay to raise funds and were going to do it again this year but weren’t able to. So we organised a virtual event – the 333 Challenge. You could do three press ups, walk three miles or drink three G&Ts. One person ran 33 miles.”

Claire says she was always destined for a career in the legal profession. “My dad was a legal executive in conveyancing, my uncle was a solicitor, my mam worked in reception and my aunt was PA to a solicitor. I was always really interested in law and didn’t think about anything else. I’m also a bit of a nerd and love checking details in documents.”

She joins BHP at a time of vigorous new growth in the housing market, particularly in Tynemouth.

“This is a huge opportunity with huge potential,” she said. “The office is in such a great position in a beautiful town on the coast. It’s in the heart of the village, near a fish and chip shop and close to some really nice estate agents.

“There is great housing stock, which is well-priced for good fees. It’s an affluent area and an easy commute to Newcastle. I think the pandemic has made people think about where they live and what they want from life and they’ve spent the lockdown sprucing up their houses and gardens.

“There’s also the backlog of houses that were put on hold and, unfortunately, those who have decided to separate or have lost their jobs, so we are busy. I’m really looking forward to developing our connections and increasing the profile of BHP Law in the North.”