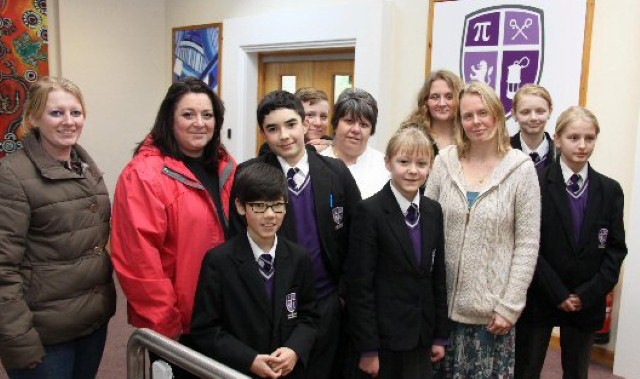 PARENTS have rallied to voice their support for a school they say is transforming their children's lives.

Families from The Durham Free School came together to back the school’s new leadership and to express their anger at negative comments by politicians and others who have criticised it, yet have never been.

Parents say their children are settled, progressing well, growing in confidence and happy to go to school, and they are confident they have made the right decision in choosing a school that offers good long-term prospects and a secure educational future for students.

They praised the respectful behaviour of pupils, small class sizes, the Christian values and the numerous activities on offer in the extra hour at the end of the school day.

Samantha Forrest, of Spennymoor, said: "My son is a different child since he came here, he's completely blossomed. He was very quiet and withdrawn at his last school but the difference in his self esteem now is marked. It's done him the world of good."

Diane Smith, of Bowburn, said: "This school is taking the children from our local area, when nowhere else wanted them, and my daughter loves it. She wants to know when the sixth form is opening, then she's going to college for two years then university. I'd never heard her make long-term plans for her future before she came here."

Mum Lesley Wilkinson added: "My son started in the summer term last year after being bullied at his old school, physically and on the internet. He's a performer and was born to be on the stage, but he lost all that. Now his confidence is coming back, he's like a new kid."

Helen Constantine, of Spennymoor, said: "There's no way I'd send my daughter to any other school. She was badly bullied at primary school, now she's up and dressed and ready to go to school at 6.30am. For her to come in from school with a smile on her face is everything."

The school is now being led by acting headteacher Julian Eisner after the previous head was dismissed on performance grounds. Soon after Mr Eisner stepped up, the school underwent a review by the Education Funding Agency and has since submitted and implemented a progress plan.

Mr Eisner said: "We welcome the Department for Education support we're getting and are cooperating fully with officials because ultimately it will make us a stronger school.

"We are a young school – only four terms old – and we see this as an opportunity. We have a highly committed team of teachers and support staff who are dedicated to delivering outstanding education and, with the heartening level of support from parents, the school can move forward from here.”