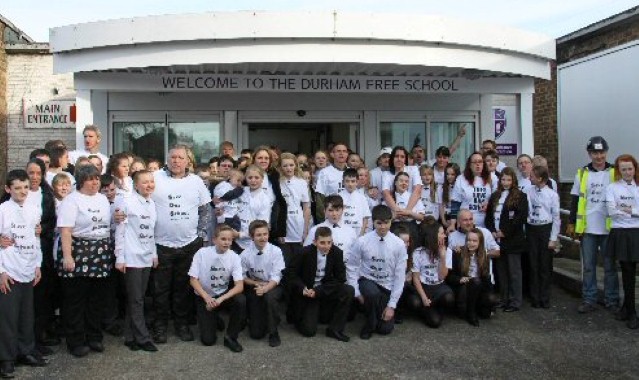 GOVERNORS of the Durham Free School are demanding answers from education officials on issues they say will prove why the proposed closure of the school is unfair.

John Denning, chairman of governors, has made ten formal requests under the Freedom of Information Act for documents and correspondence from the Department for Education, the Regional Schools Commissioner, Ofsted and Durham County Council.

Among them is a request for copies of all information and instructions given to Ofsted inspectors prior, during and following their visit last November.

The school has accepted some of the criticism in the inspectors’ report, published last week, but says much of the content bears no resemblance to the reality of life in the school, which has the backing of the vast majority of parents.

Mr Denning has also asked for details of communications between Labour county councillors and officers and the DfE, and copies of correspondence from Roberta Blackman-Woods MP to the county council since last July.

The authorities must answer the questions between 20 and 40 days from the day they were submitted, depending upon the subject.

The school has been given until February 3 to make submissions to the Secretary of State for Education before she makes a final decision on closure.

But Mr Denning argues that the answers to his questions are critical in painting a full and true picture of how the school has been treated, and why it is not being given the same chance as other schools to improve.

He wants details of the allegations made about the school to DfE officials and ministers since October 1 2014 and any correspondence or notes on conversations with the person who made the allegations.

The school believes sacked headteacher Peter Cantley made allegations after governors started proceedings to remove him from the school, and that what he said influenced inspectors who came with a pre-determined agenda.

The school is also looking into whether the council was planning for the Free School not to be open in the next academic year.

"Had they been told something in advance by the DfE? We need to know,” said Mr Denning.

Other requests relate to the furniture, fixtures and equipment budget for the school for the current academic year, and correspondence over the purchase of land to site the Free School closer to the communities it principally serves to the south east of the city.

The school opened in September 2013 at the former Gilesgate Sports College, which was intended to be a short-term measure while a permanent site was secured.

Acting headteacher Julian Eisner and his deputy were recognised by Ofsted as having a “clearer vision” for the school, were “developing a better approach” and were starting to improve students’ learning and progress.