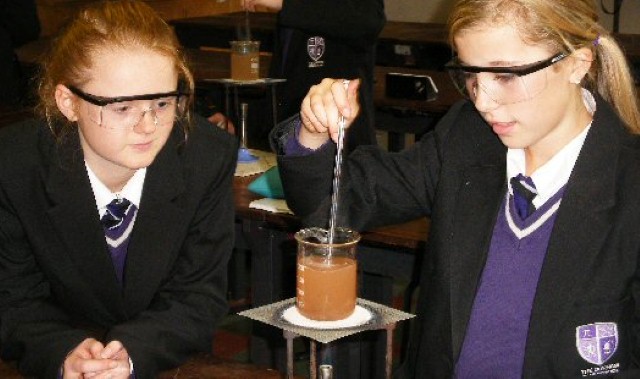 “A SUCCESSFUL free school securing good teaching and promoting positive attitudes to learning in their pupils.”

That was the assessment in June of a school by a Department of Education "expert" that the Secretary of State now wants to close.

The Durham Free School was told it offered “good teaching” and “well structured lessons” for children in an earlier monitoring inspection.

“Behaviour of the students was of a high order, demonstrating respect for their peers and staff”, the report went on.

There is no mention of bullying, racism, homophobia, teachers’ failure to prepare students for life in modern Britain and other accusations levelled at the school in recent days.

The report was confidential, but governors have chosen to release it believing it should be in the public domain and to highlight success in the school.

They say it shows why their dismay, and parents’ disgust, at the closure plan is justified.

They add that the monitoring visit – which was done before the summer holidays and prior to a full inspection in November - undermines the Secretary of State’s reasons for intending to withdraw funding, and especially her claim that the school had been “troubled” for some time.

Chairman of governors John Denning said: “The monitoring report does not say the school is failing, it does not say it requires wholescale change and it does not indicate in any way that it is a school that could ultimately close.

“It does say work still needed to be done, but its overall tone is positive and even suggests that a ‘good outcome’ at any subsequent inspection was possible.

“Despite the encouragement, the governors believed that the visit had missed some significant failings in the school and, after discussions over a period of time, in October we began the process to remove the former headteacher from the school.

“The most recent inspection recognised those historic inadequacies still existed, therefore exonerating the governors’ action, but also acknowledged that the new leadership had a ‘clearer vision’ and, although very early days, improvements were being made.”

The school, which continues to enjoy support from most parents, maintains the later inspection was predicated on allegations by the former headteacher, which influenced the nature of the inspection.

A Department for Education official who carried out the monitoring visit, missing significant inadequacies, was a leader in the "team of experts" Nicky Morgan says she sent into the school prior to Ofsted to investigate, and whose report has never been released to the school for comment.

The earlier report says children receiving Pupil Premium are “making good progress” and that the school had “wisely secured the services of ex HMI to validate some of the quality assurance systems”.

On governance, it says the challenge to the headteacher by the chair of governors was “effective”.

Mr Denning added: “Nicky Morgan said ‘one day spent in a failing school is one day too many’. I agree with her. But this is not a failing school and it is not letting pupils down. If it were, why do so many parents want it to stay open?

“Given that the school has demonstrated recent improvement with new leadership on the back of previous encouragement, we believe the new team in charge must be given the chance to continue their good work, as they would in any other school.”