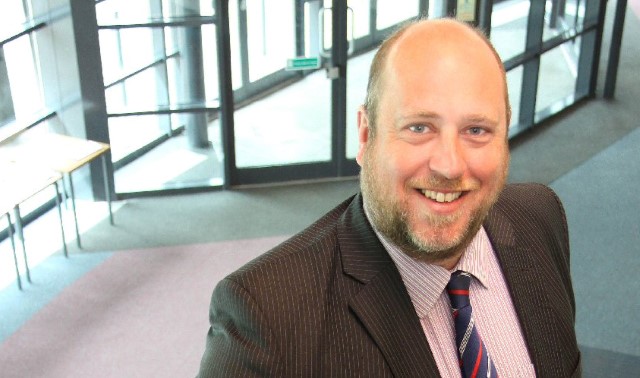 THE principal of a Teesside academy that has been recognised as a national success story and has transformed the life chances of countless young people is stepping down after ten years.

Chris Drew has led The King's Academy, in Coulby Newham, through continued improvement in results and attendance and three consecutive Ofsted inspections in which it was judged as “good”.

He has overseen the establishment and growth of the Sixth Form and significant investment in academy facilities, from performing arts to outdoor adventure.

Mr Drew joined the academy during its development phase and was head of sixth form when it opened in 2003. He became Principal in 2005. The academy has been heavily oversubscribed under his leadership.

Although stepping down as Principal, he will remain with the Emmanuel Schools Foundation, moving into a new role at a critical time as the foundation becomes a Multi Academy Trust. Mr Drew will focus on the growth and development of the foundation of schools, as well as continuing to advise and support David Page, the new Principal of Trinity Academy in Doncaster.

He said: "After ten years as Principal, I feel it is the right time to move on to a new chapter and new challenges and to let someone else lead The King's Academy into its next decade.

"When I reflect on the last ten years, I am staggered by all that has been achieved. I am extremely grateful to the teaching and support staff, to our students and to their parents and carers for all that we have managed to accomplish together."

During Mr Drew’s tenure The King’s has been in England’s top ten per cent of schools for adding value to students’ education and was named the most improved school in the North East in 2009.

The only secondary school in Middlesbrough to maintain standards by upholding its Ofsted grading of ‘good’ in 2013 in the face of more rigorous standards set by inspection teams, the academy has also continued to raise students' attainment at A level and GCSE.

Last summer’s A level results were among the best in the North East, while benchmark GCSE results have tripled since it opened.

The sixth form has grown from 40 students to 180 and many students, who have gone on to university after achieving A levels at The King's, have been the first in their family to access higher education.

Two years ago the academy invested £1m in a new Sixth Form Study Centre and Common Room, with improved facilities for textiles studies and a performing arts extension.

It has also developed an outdoor adventure facility including a 10m high ropes course and an 8m climbing wall, both of which are open to local groups.

The governing body has begun the process of selecting a new Principal with a view to them taking up the position on January 1 next year, or sooner.

Mr Drew will work closely with his successor on handover and will support them as they settle into their new role. He will continue working as normal as Principal in the meantime.

Chair of governors Nigel Robson said: "Chris Drew as been an integral figure in the success of our family of schools and, under his outstanding leadership, The King's Academy has become a school of which we and the whole of Teesside can be immensely proud.

"We were very keen to retain his experience and expertise and to ensure that he remain as part of the Emmanuel Schools Foundation. We envisage him playing a similarly important role going forward as we seek to grow the foundation and build upon our record of success.”