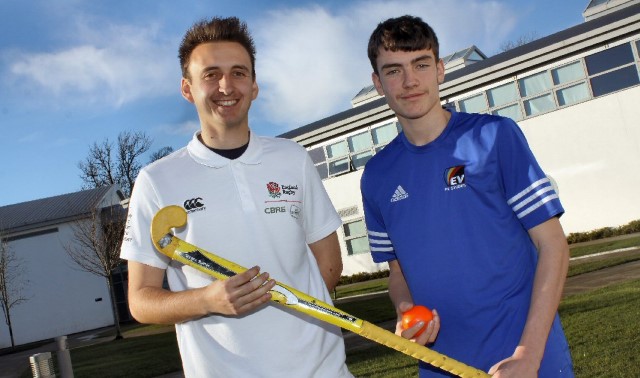 A TALENTED hockey player has received a county call up after playing the sport for just three months.

“I started playing hockey at a similar age to Alex and progressed to play for North Nottingham, the army hockey team, the tri-service team and Darlington Hockey Club,” said Mr Glynne-Jones.

“I could see straight away during PE lessons at school that Alex had talent; he has speed, is good on the ball and gets round people quickly. His impressive football skills were easily transferable to the hockey pitch.

“To be selected for the county team is a great achievement, especially after such a short time in the sport and hopefully he will continue to develop and earn a place at the North England Progression Centre, which is a stepping stone to getting on the regional team and beyond.”

Alex, who plays weekly for Darlington Hockey Club, has already taken part in his first match for the county team, at a tournament in Leeds.

“We didn’t win, but we played well,” said Alex. “We only had 11 players and no subs so we all got a bit tired towards the end.

“I still play football with my mates on a Sunday for Darlington All Stars but making the switch to hockey has been really easy.

“I can bring a lot of my football skills to the game, such as positioning, dribbling, reading the play. To be honest it’s a lot like football but with a stick. It’s great to be able to represent the county and because I’m playing for the U17s it gives me a few more years to develop my game before hopefully joining the senior squad.”