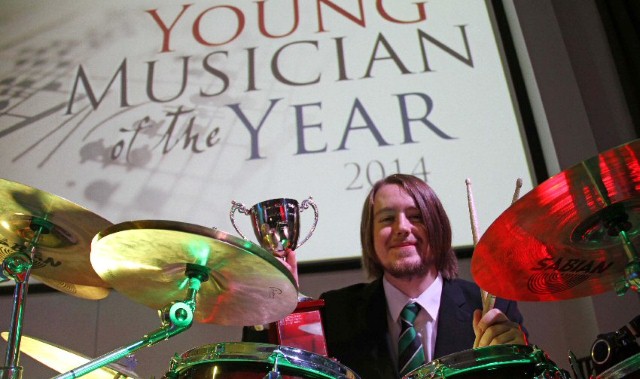 DRUMMER Jack Herron proved to be on the beat when he secured a coveted music title at a North East academy.

The 18-year-old at Bede Academy, Blyth, was voted Young Musician of the Year in an annual contest that showcases musical and vocal talent among academy students.

Jack performed Rush’s YYZ in front of a packed auditorium and a panel of five judges, taking the top honour at his third appearance in the competition.

“It was fantastic to win, particularly as I go on study leave next week, so this is my last week of normal school,” he said.

“My father is a drummer and I have reached Grade 8 with merit, but, really, I only do it for fun.”

Jack, who is influenced by Dream Theater (American spelling correct) drummer Mike Portnoy, hopes to study computer science at Durham University with a view to a career as a software engineer.

There were also dazzling performances by pianist Lewis Dunsmure, who played Fantasia in D; Kirsty Routledge, who performed Beaufort Allegro on a baritone euphonium; and soloist Imogen Forsythe, who sang Ave Maria.

The event was compered by would-be rappers, teachers Cosmo O’Reilly and Ian Harding.

Director of music Helen Kerr said: “Performing in front of their peers and families requires courage and a lot of hard work and I think all the students were absolutely amazing.”