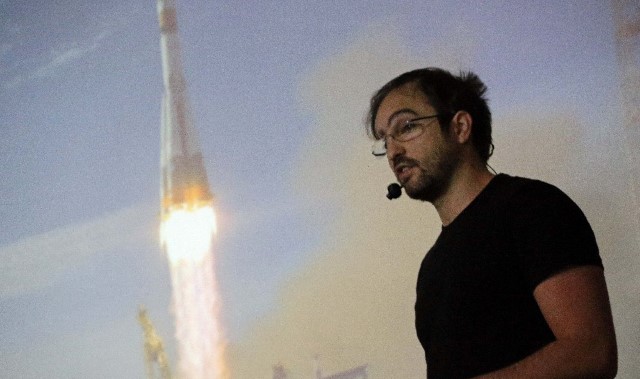 STUDENTS have been encouraged to feel the force with a science initiative inspired by UK astronaut Tim Peake.

Year 9 students from Northallerton School and Sixth Form College were given a taste of science, ranging from Newton’s theories to modern day space travel, in a project run by the London Science Museum and National Railway Museum, York.

Hydrogen explosions and freezing gas demonstrated some of the physical laws required for astronauts to leave the atmosphere.

“It takes nine minutes to reach orbit by which time the rocket is travelling at 28,000mph,” Edo told students.

Head of science Tom Simpson said: “The follow up will be our students visiting the Railway Museum to see the actual shuttle in which Tim Peake returned to Earth.

“This is a really exciting opportunity to engage students in science showing them how engineering and maths can be used in the real world.

“Tim’s exploits in space have created a huge interest in STEM subjects among students and he also shows that the dream of becoming an astronaut is accessible to all.”