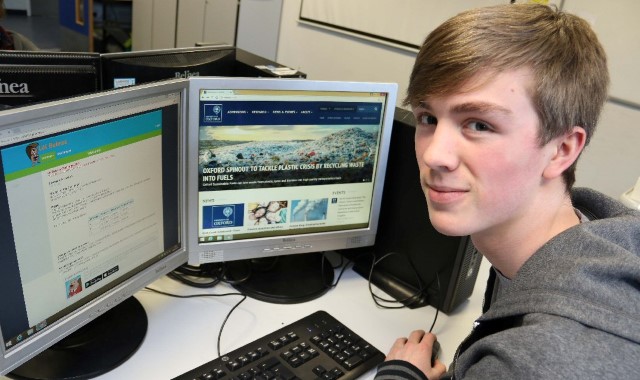 A TALENTED computer scientist has been tackling the moral and safety issues around artificial intelligence after being selected to attend Oxford University as one of an emerging elite.

Richmond School and Sixth Form College student Matthew Masterman was one of just 50 chosen nationwide from 14,000 young people to take part in a computer challenge.

The 17-year-old, of Yarm, had just 45 minutes to tackle a series of questions which demanded the very best logical thinking to solve.

Matthew was also taken on a tour of Oxford University, where he met tutors and attended two lectures, one of which tackled the moral and security concerns around the rapid development of artificial intelligence.

He had previously been selected from 132,000 students nationally to take part in the Bebras Computation Challenge, run by Oxford University and sponsored by Google, along with schoolmates Adam and Josh Dixon and Harold Raven.

The four not only achieved scores that put them at the top of their year groups, but placed them among 49 classmates who qualified for the next round, the TCS Oxford Computing Challenge, in March.

The computing challenge is among the toughest in the country with students set problems that require logical thinking against the clock.

“The prospect of going to Oxford had been daunting but now I have been I can see how it is accessible and a lovely place to study. The tutors are so passionate about their subjects and really want you to go there to learn.

“Computers are going to be such a big part of my future and artificial intelligence is going to be amazing on the one hand but could also be perceived as threatening on the other.”

Head if IT Susan Thornton said: “Matthew has done amazingly well and the Oxford experience has been an incredible opportunity to see where his studies could take him. His passion for the subject makes him a pleasure to teach and his knowledge is so great that it certainly keeps all of us on our toes.”

Matthew will be among a party of Richmond School and Sixth Form College Year 12 students who will attend the Oxbridge conference staged at Newcastle University in March.