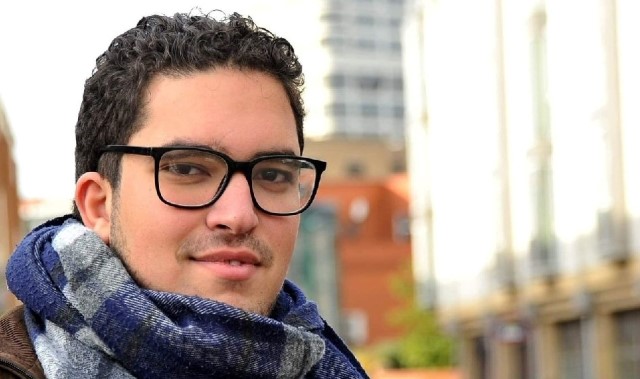 A TRAINEE journalist is making the news after being shortlisted for a national award and winning a place on a prestigious mentoring scheme.

Darlington College student Hedi Mehrez moved to the UK to study from his home city of Paris.

The 24-year-old now considers England his home and actually prefers writing in English to his native tongue.

Hedi, whose mother and father are Tunisian, has just secured a place on the John Schofield Trust mentoring scheme and will now be mentored by Sarah Beale, who started off her career in local/national newspapers, joined the BBC in London/Brussels/Washington and is now a freelance producer at Channel 4 News.

His tutor at Darlington College, programme leader apprenticeships and assessor Sue Calvert, also recommended him for the National Council for the Training of Journalists’ Apprentice of the Year accolade, for which he has been shortlisted, the result of which will be announced in March.

And as his apprenticeship with Darlington College comes to an end with a distinction and he works towards his senior qualification, his newspaper, the Swindon Advertiser, a sister paper to The Northern Echo and Darlington & Stockton Times, has promoted him to health reporter.

“I have had a really good year, professionally speaking,” said Hedi. “I originally wanted to be a teacher, but what attracted me to journalism was the chance to constantly meet new people and tell their stories. I came to Warwick University for a year as part of the Erasmus programme and studied my masters at Cardiff University.

“After my previous studies I thought that would be it but I loved the apprenticeship and learned a lot from the classes in Darlington about media law, public affairs and shorthand.”

Sue said: “Hedi has produced some great human interest content and is always willing to go above and beyond to get a story. He works hard to get to the heart of a story and to have people’s voices heard.”

His exclusives include an investigation into an apparent rise in hate crime, a story about a toddler battling cancer and an inspirational tale about a gran who lost her legs and fingertips after an insect bite.

A proficient speaker of English, German and Tunisian Arabic, Hedi would love one day to work for the BBC World Service.

“I know that I’m already living abroad but England feels like a second home to me and I would love to see more of the world,” he said.

Hedi is one of three Darlington College apprentices shortlisted for the NCTJ Excellence Awards Apprentice of the Year along with James Robinson, now a senior reporter at the Hexham Courant in Northumberland and Poppie Webster, working at the Basildon Echo in Essex. Former Darlington apprentice Daisy Smith from the Watford Observer has been shortlisted in the news journalism category of the awards and Bradley Deas, now a community reporter at Bradford’s Telegraph and Argus, has been shortlisted for the scoop award.