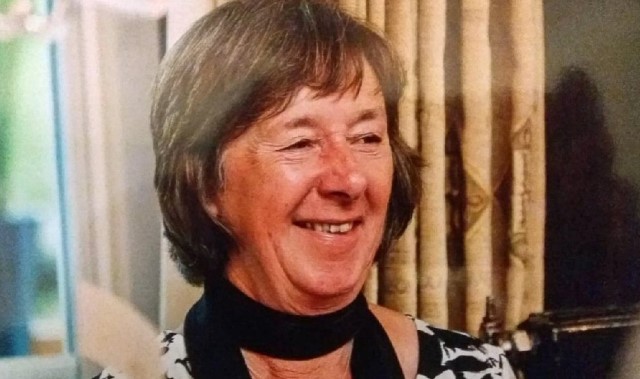 TRIBUTES have been paid to the dedicated work of a much-loved Arts Co-ordinator as her school was awarded a prestigious Artsmark continuing her legacy of enriching lives.

Jaquie Holloway passed away after a short illness last year to the consternation of colleagues, students and the community in Bishop Auckland.

But her work as a dedicated lives on after the school was awarded the coveted Artsmark by Arts Council England.

The accolade recognises the work the school does to enrich young people’s learning through the arts at a time when the national focus in education has moved to more academic subjects.

Jaquie’s mantle was adopted by the head of drama Natalie Rose, supported by St John’s head teacher Lisa Byron, who were determined that her work should be a permanent legacy benefiting young people for years to come.

The award not only looks at the school’s current arts provision in terms of core subjects and extra-curricular activities but also plans for the next two years.

“It was a challenge, particularly with COVID which prevented some of the projects happening, but we pulled together an arts focus group of people who had been involved, looked at the impact the arts had had and what we could do to improve it further.”

Mrs Byron added: “Jaquie was an inspiration to us all and she touched the hearts of many students, staff and families within and beyond St John’s. We miss her every day but her love of the arts is evident throughout our school and her legacy lives on within our learning community.”

Projects have included ‘crafts and teas’, a community café and heritage crafts, alongside drama, music, art, photography and media and a vast extra-curricular provision, such as instrument tuition, choir, whole school productions, exhibitions and cultural visits.

Cross-curricular links were strengthened with subjects not normally associated with creativity. A recent maths project opened students’ eyes to how universal and relevant the arts were to the curriculum. Year 10 students visited Durham Records Office to look at birth and death statistics, using their findings from the vaults to design an open wooden book to display words and mathematical symbols.

During lockdown, as part of students’ home learning, the arts remained key with various projects to encourage creativity as well as safeguard mental wellbeing. Examples included ‘Rainbow Tasks’ where students were asked to submit evidence of using their talents, the promotion of virtual theatre and art competitions.

“I came to St John’s as a student and Jaquie was my A level drama teacher,” said Mrs Rose. “She has been part of my life for such a long time and it was a privilege to take on her mantle. Jaquie deserves so much credit. She made everyone care about the arts and it was something she wanted everyone to be involved in. It is something we are determined to continue and we hope that she would be pleased.”