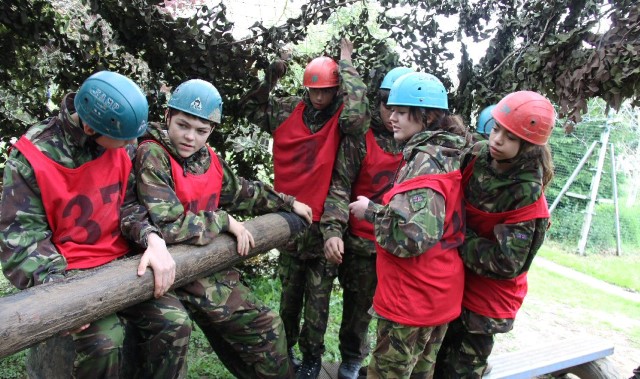 STUDENTS at a Middlesbrough academy are to be given the chance to gain elite training and opportunities as recruits to their school’s new Royal Marines cadet force.

The King’s Academy is one of just four schools in the North East to be given approval and funding to establish a cadet unit under the Ministry of Defence’s Cadet Expansion Programme.

The unit will open next spring, initially giving up to 35 students access to prestigious training, an annual camp, overseas expeditions and courses from scuba diving and sailing to mountain leadership.

David Dawes, principal of The King’s Academy, said: “We are delighted that our bid for a cadet unit has been approved since it will offer our students outstanding and unique opportunities that align perfectly with our character-first education programme.

“We are all for young people stepping outside their comfort zone, being challenged and building their self-confidence through new experiences. Our Royal Marines cadet unit will support all this and more.

“It will be a fantastic opportunity, contributing not only to students fulfilling their potential and developing their leadership, communication and other life skills, but also for our staff to gain additional training qualifications.”

The unit will make full use of the academy’s facilities, which include a high ropes course, climbing wall and fields for escape and evasion training and fieldcraft. The cadets will also receive weapons training in the sports hall, which can be repurposed as an indoor rifle range, and do drill on the playgrounds.

Mr Dawes added: “When the approval team visited they were delighted with our superb facilities to support the training, and the fact that we can work closely with local Air Force and Army cadet units to share resources. It will take a huge amount of work and energy to get it up and running but the positive impact will be enormous.”

A former Army captain with the Royal Electrical and Mechanical Engineers (REME) who served in Bosnia and Germany, Mr Dawes knows at first hand the high quality training provided by the Armed Forces.

John Stewart, currently Head of Year 9 at the academy, will be the contingent commander and recently spent a week at the Royal Marines Commando Training Centre in Lympstone, Devon.

Mr Dawes added: “It was a hugely satisfying experience for Mr Stewart to see a world-class unit at work and undergo his commander training there. It’s hugely exciting and an enormous privilege for The King’s Academy to benefit from such prestigious links.”

Middlesbrough Council has also supported the initiative which is expected to bring wider benefits for social mobility, inclusion, reduced exclusions, and improved attendance, engagement and attainment.

The academy cadets will be trained initially by staff from HMS Caliope, based on the Tyne, and staff volunteers.

The academy also intends recruiting an ex-Armed Forces non-commissioned officer or warrant office to lead the unit, which will grow to around 100 cadets.

It is hoped the cadet force will be launched with an ‘experience day’ when the Marines will bring equipment and vehicles to the academy, giving all students an insight into careers and opportunities in the military.