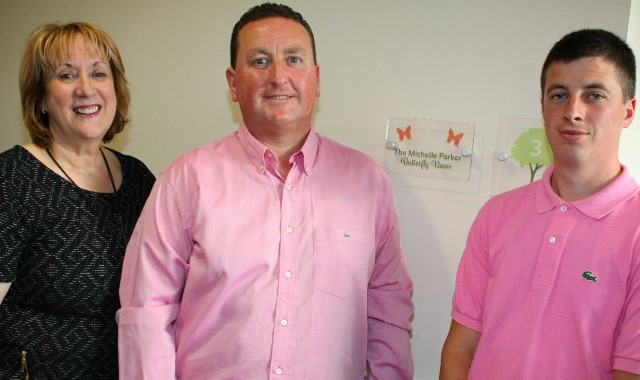 A HEARTFELT donation to a local hospice has given families the gift of time to say goodbye to loved ones who have passed away.

St Teresa’s Hospice, Darlington, has taken delivery of its first cooling mat system which helps to preserve a body after death, enabling the family to keep their loved ones with them for several hours longer than usual to help with the grieving process.

The new Flexmort cover cool system was purchased following a donation from local businessman Darren Watson, whose partner Michelle Parker lost her fight for life after battling a brain tumour in 2010.

“I wanted to do something to keep Michelle’s memory alive and to give something back,” said Mr Watson who launched The Michelle Parker Charity to raise money for equipment at The James Cook Hospital where Michelle received her care.

“We managed to raise an incredible £40,000 through auctions and charity fundraisers which meant that we were able to help not only James Cook but also other charities closer to home.

“I saw the building work going on at St Teresa’s while driving home one evening, so I called in to see if there was anything that we could help them with.”

Mr Watson’s generous donation of £18,760 also enabled the hospice to equip and furnish one of its state of the art rooms in its new £1.2 million in-patient unit, which has been named The Michelle Parker Butterfly room.

“I’m absolutely delighted with the room,” said Mr Watson, who was given a tour of the facility with son Daniel.

“It’s a really wonderful tribute to Michelle naming the room in her honour and being able to give something back to help families who have lost loved ones is just what Michelle would have wanted.”

Chief executive of St Teresa’s Hospice Jane Bradshaw added: “The donation from The Michelle Parker Charity came at just the right time for us in the middle of a major expansion project.

“This is the first room we have named in memory of someone and patients will really benefit from the fantastic contribution that Darren, his family and The Michelle Parker Charity have made.

“Being able to purchase our first Flexmort system will also be a tremendous gift to many families allowing them to stay longer with their loved ones after they have passed away.”