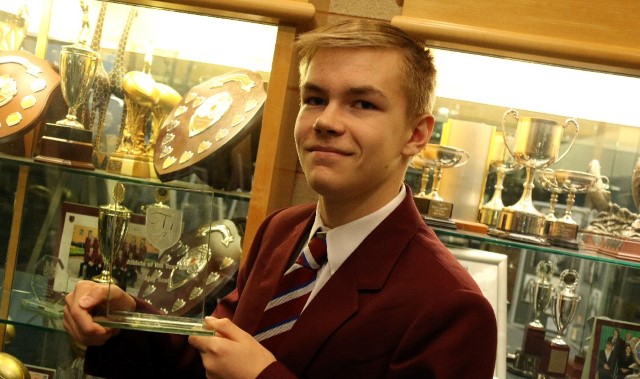 PLAYERS and performers on the pitch, court and track have been recognised for their contribution to the sporting life of a South Yorkshire academy.

Trinity Academy, in Thorne, held its annual presentation evening to celebrate the achievements of its sporting stars.

Head of PE Katie O’Brien said: “Our Sports Awards Evening is when we celebrate our victories, reflect on our defeats and consider all the experiences we have gained.

“Our students continue to be great ambassadors and we as staff are proud to have them represent the academy. Their commitment, enthusiasm and sheer determination never cease to amaze us.”

Miss O’Brien said all the students invited to the presentation had made a contribution to the various squads fielded by the academy throughout the last academic year.

She added: “I would like to thank everyone for their contribution whether it be as a member of staff putting in relentless hours and sharing your expertise, parents who serve as the biggest support act and, of course, the students themselves who make our job as PE teachers even more rewarding.”

Awards were handed out to the players of the year, nominated by staff and students, in netball, rugby, hockey, rounders, athletics, football and cricket, and trophies were presented to the overall top performer in each sport.

The Year 8 netball team was recognised as team of the year, along with Thomas Easen, the first winner of a new award for outstanding contribution.

The prestigious Barry Marks Award went to Abigail Ball for embodying the core values of the academy, playing in every team available to her and for coaching and umpiring even when she was injured.

Athletes Alix Young, Archie Taylor and Kane Manners were also recognised for their performances at the Doncaster Schools Athletics Championships.

Team of the Year –Year 8 Netball;

Athletes of the Year: